What a day this is turning out to be... woke up to a broken passenger window on my Volvo and a missing (shitty + old + worthless) car stereo.

Oh, and did I mention tonight is my Mom's deathiversary? (12:30AM pst)

At least Christine helped save me about $200 on getting a cheap glass replacement. (Maz Auto on Bryant) Thank you Christine!!!! You rock!

Seriously. Who didn't see this coming?


EDIT: Even better is the pics from the Daily News article...

How I remember him best:

I always look to international news sources for an outsider's perspective on the way things are going in America. This is a great interview with a Frenchman (who happens to be a Harvard professor) taken from Deutsche Welle's website:

Obviously, this interview was conducted before the election results were in. I think it's a great indicator that the rest of the world hasn't given up on us... not just yet.

Obama Win Would Transform World's View of America
France's Dominique Moisi, one of Europe's leading geo-strategic thinkers, predicts a Democratic will win on Election Day. He told DW an Obama victory would restore the US' reputation as a land of hope and opportunity.

Dominique Moisi, 62, a founder of the French Institute for International Relations (IFRI) in Paris and visiting professor at Harvard University, is the author of the soon-to-be released book "The Geopolitics of Emotion: How Cultures of Fear, Humiliation, and Hope are Reshaping the World."


DW-WORLD.DE: Democratic candidate Barack Obama has a comfortable lead in the polls at the moment. What would it say about the USA, if Obama is elected?

Dominique Moisi: It would say above all that Americans are capable of reinventing themselves. It would say that they felt the need to turn the pages of the past several years, that they (woke up) to discover an exceptional man waiting in the wings and seized an opportunity that is rare in history to make this man their president.

What do you predict as the outcome of this election?

From the depths of my heart, I would consider two scenarios. The first is a close victory by Obama. The second is a landslide for Obama. But I exclude, maybe I'm wrong, the possibility of a surprise McCain victory. It's not only that Obama has been an exceptionally good (campaigner), but also that McCain ran a very bad campaign, and kept compounding his mistakes.

The first message is that America, the beacon of hope, is back. The one country in the world that is carrying a universal message remains America.

There are other powers in our multi-polar world: China is important, Russia cannot be neglected. But neither of these countries carries a universal message. Only America does. China wants to be big and is going to be big, but it has rather selfish aims.

What makes a difference is that no one in the world dreams of becoming Chinese or becoming Russian. But millions of people in the world, even some Europeans, still dream of becoming American. And many more millions will dream of that if and when Obama is elected president of the United States, because America will reassert itself as the land of opportunity.

What is this universal American message?

It's the triumph of humanism, the idea that you are on Earth in order to improve the human condition.

If Europeans could vote, Obama would win by a landslide. Now it looks as if they’re getting what they want. Will Europe and America start to love each other now?

Well, a certain blatant form of anti-Americanism, as practiced in particular by the French, would be much, much more difficult with a President Obama.

One should be prudent though. Nothing is more dangerous than the realization of your dreams, because you're bound to be disappointed. The image of America would be dramatically transformed with the election of Obama, but that doesn't mean that conflicts between the US and Europe will miraculously disappear. For one, the Americans will ask more from the Europeans.

You mean that the Americans will be asking Europeans to do more of their fair share in Afghanistan, Iraq.

Definitely. Burden-sharing in terms of military and economic help, so America will turn to the rest of the world, in particular to her European allies, for help. Obama will say, "Well, you voted for me. I'm glad, and I need you. Now what can you do for me?"

You mean the US asking for more combat troops in the dangerous southern part of Afghanistan to fight Taliban insurgents, for example…

These (are the sorts of) problems that would be even more troubling with Obama as president. There is a huge difference between the symbolism of Obama's (expected) victory and the reality of an Obama victory. If he is going in the wrong policy direction, Europeans will be disappointed. But the disillusionment will come from what Obama does, not from what Obama represents.

Can Obama make a difference, compared to Bush and McCain, not because of his policy choices, but simply because of who he is?

Yes. Obama, the president immediately changes the world's image of America and that does make a big difference. But what I would warn Europeans is the following: Don't underestimate the revolutionary symbolic impact of an Obama winning the election, but do not overestimate the capabilities of an Obama administration to change the world.

Could it be then that someone like John McCain might in reality better for Europe, since expectations are low and some find it easier to be an adversary of a Republican president?

A few people are saying that it is in Europe's real interest to have McCain as president, so that you can continue to oppose America, but this cynical vision represents a minority view and does not serve the long term interests of the West.

You've said that if Obama becomes president, the reputation of the US would be improved in the eyes of the world. Does this conversely diminish the power of Europe in representing the West?

This vision that the moment America goes up, Europe must go down, is deeply wrong. It's not Europe versus the United States. It's the West trying to improve the situation of the world through positive measures. In the world in which we live, more than half of humanity lives in Asia. The West exists not against the rest of the world, but as a bearer of certain universal values.

What message would Obama's election as the first black US president send to developing countries in Africa, Asia, and the rest of the world?

It's a huge message of hope. For Africa, it is a victory against humiliation. For Asia, it's puzzling to see to see a Western nation incarnated by a black or mixed race person, but it demonstrates the openness of the US. It gives the West an image of modernity by being post-racial and multi-cultural. And the first global man of the global age in the 21st century comes from the United States of America.

The result of boredom on a Friday afternoon: 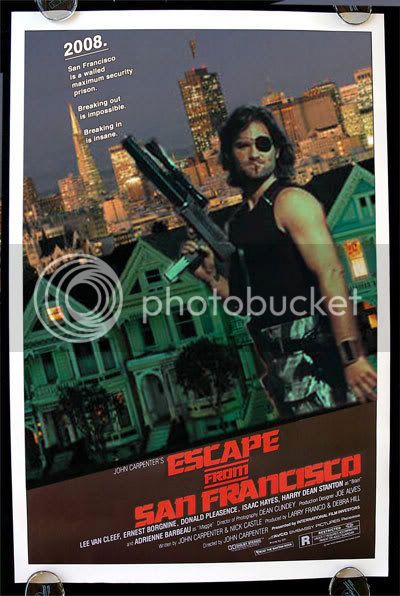 Please make sure you understand your opponent's stance on a topic before attacking him on it. Say, oh, I don't know... health care for example.

Check out John's "deer in the headlights" look when he gets set straight by Obama:

AKA "Austistics Say the Darndest Things!"

From Sugamunki who was present during a "Job Talk" session; Where the subject of prostitution came up. (of course... right?)

Sometimes I crack myself up: 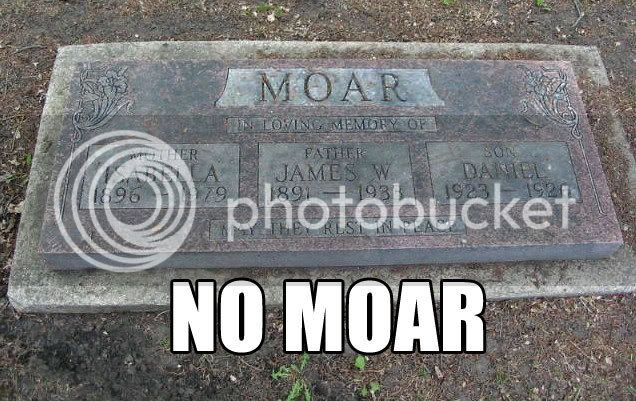